There are several websites with information about Costa Blanca, the history and historical monuments.

Teodomir was a Visigothic Duke and the leader of the Tudmir region. The capital was called Auriola, today’s Orihuela. Unlike other kings and gentlemen, Teodemiro was a skilled negotiator and managed to avoid attacks by the Arab Army. Learn more about a myriad of historical events in the La Vega Baja that resulted in the tower, castle and walls of the region.

A municipality and city, 30 minutes drive from Ciudad Quesada. Orihuela stretches towards Murcia and towards the coast to the south. The city  has a long and exciting history as a former capital of a kingdom and for 400 years it was a bishop’s seat.  In Orihula you will find four of Spain’s national monuments.

The monastery and church have its origins in a chapel built by the Dominican Monks in 1512.

The bishop’s palace is a religious palace in Baroque style. The palace was nominated to be a national monument in 1975.

A church from the 14th century. In the 16th and 18th century it  underwent major changes.

Miguel Hernández, a Spanish writer born in Orihuela. He participated in the Civil War and was captured and later died in captivity.

The celebration of Easter is an important religious event.

The city lost its independence to the Caliphate in Omeya’s. Alfonso from Castile (later known as Alfonso X “The Wise”) re-invaded the city in 1243. An important event which is  still celebrated.

The “Moros y Cristianos” festivities are  found in almost all places in Alicante province. In Orihuela, they celebrate the success in regaining control of the city from the Moors. In our eyes, it may seem strange to see the urban population stage the struggle, which led to the Christians’  successfully expel the “mores” out of the city. The “Moros y Cristianos” celebration takes place from 16 to 23 July in 2016.

Also visit the medieval market that takes place for 3 days in February.

Easter week in Orihuela is a unique opportunity to  experience Spanish history from a religious, historical and social perspective, traditions are continued with great passion.

In la Vega Baja the water irrigation system is important and has a long history ” hydraulic heritage are both the natural aquatic resources and elements built by man in past or present times It is the technical solutions given by man and the cultural development around waters. In Rojales you can find unique and extraordinary medieval hydraulic monuments and medieval hydraulic infrastructures 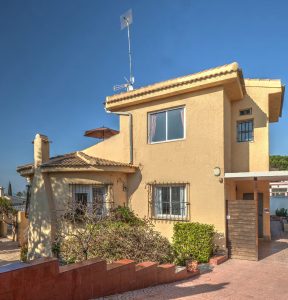